The 2016 Streicker Bridgeland Block Rosé was awarded 'Margaret River Rosé of the Year' at the recent New York International Wine Competition. The NYIWC began in 2011 and features a judging panel of retail store buyers, sommeliers, hoteliers and importers. Wines are judged based on category and price and are awarded in line with what customers buy. 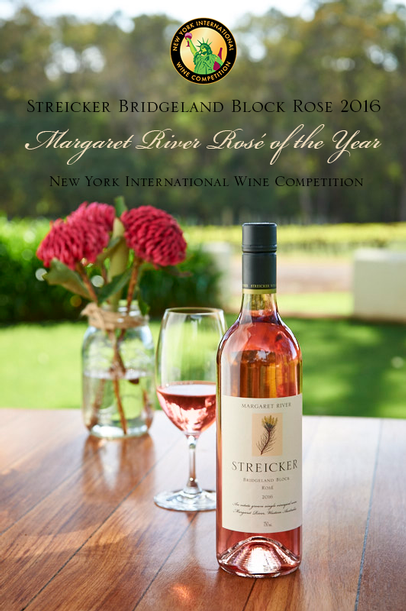 Other awards for Streicker include: