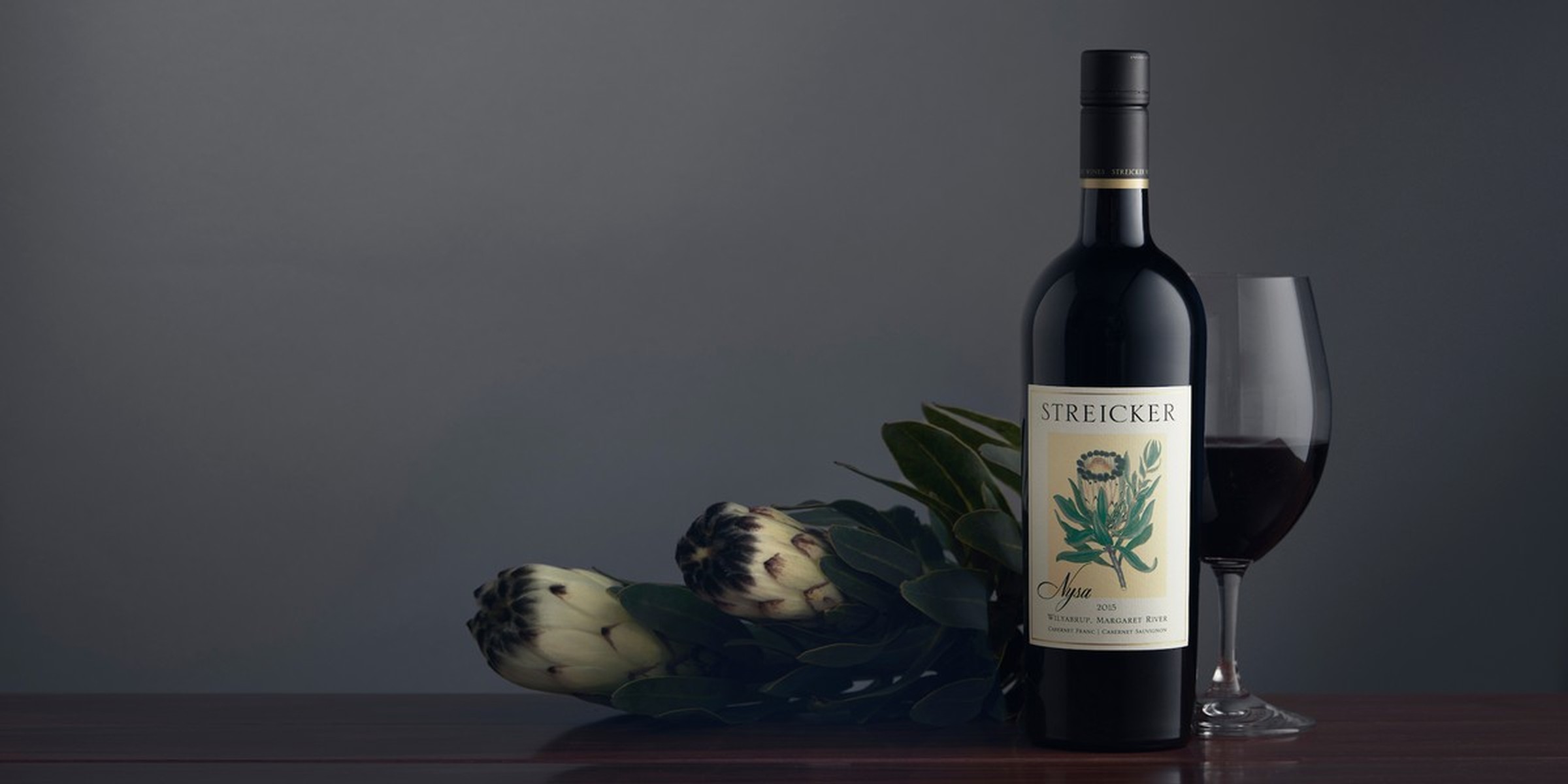 Clairault Streicker is pleased to announce the release of their flagship wine, the Streicker Nysa, a Cabernet Franc and Cabernet Sauvignon blend.

The release is the first flagship by Clairault Streicker and a regional rarity as a Cabernet Franc dominant flagship wine.

The fruit for the Streicker Nysa is grown at the Clairault Vineyard in Wilyabrup, with the first vines planted in 1976 by geologist Ian and wife Ani Lewis.

“The climate, the soil, the landscape, the heritage clones come together at this special site we refer to as the A Block to present pristine fruit worthy of our flagship.”

The A Block is ideally suited to Cabernet varieties due to its ironstone gravel soils and gentle sloping NE-SW position. The vines have been carefully developed on an open lyre trellis system to enable cooling of the fruit zone and canopy, particularly in the warmer months as the fruit is ripening.

The fruit is hand-picked early in the morning when the berries are still cool. The fruit is destemmed and lightly crushed. It soaks on its skins for 14 days, before gentle pressing and barrelling down. The Cabernet Sauvignon portion is aged in French oak barriques for 15 months. The Cabernet Franc on the other hand, requires a gentle ageing platform and environment, and so, is aged in larger French oak puncheons for 15 months.

Chief Winemaker Bruce Dukes says, “Nysa is a precedent in innovation and tradition.”

“The leading role of Cabernet Franc in a luxury Margaret River cuvee is indeed rare, as Cabernet Sauvignon typically earns that mantle. We are delighted with this leading role because the Franc brings such approachability and suppleness to the cuvee, yet still with great definition and support from the equally old Cabernet Sauvignon vines.”

After 44 years of producing Cabernet in Margaret River and countless hours of hand-tending to the old vines of the A Block, Chris Gillmore believes the best is yet to come.

The 2015 Streicker Nysa will be available as of Monday 19 October at the Cellar Door and via our website here.